My soul is hurt today..it’s been hurting the last few days. Because of events that I will not disclose, I have recently set out on a journey to discover a course that i may share with a friend who is seeking God. How can something that I hold so dear to my heart be so challenging to explain? My relationship with Jesus is an aspect of my life that joyfully consumes me..yet, I can not figure out a way to show why that is.. a way to show who He is.

Why  do you believe in God? Usually when a person asks this question, they do not want the answer that I have. We are all constructed differently and I guess the need to deeply analyse things was not something that God decided to mix into my mortar. I do not have some uniform and rigid answer as to why I believe in God.. To say that I believe in him not because of anything scientific or anything that can be fully explained would make some think that my faith is flaky, but their assumptions would be incorrect. He wove into my being the ability to feel his pull.. as the moon tugs the waves over the sand, so he has wired us all to feel his presence. Even Jean-Paul Sartre, who was one of the leading proponents of atheism of the 20th century could not hide from his creator.. his candid confessions attest to God’s call..

“As for me, I don’t see myself as so much dust that has appeared in the world but as a being that was expected, prefigured, called forth. In short, as a being that could, it seems, come only from a creator; and this idea of a creating hand that created me refers me back to God. Naturally this is not a clear, exact idea that I set in motion every time I think of myself. It contradicts many of my other ideas; but it is there, floating vaguely. And when I think of myself I often think rather in this way, for wont of being able to think otherwise.”

“Everything in me cries out to God, I dont know how to forget him.”

I guess that’s were my lack of desire to have everything shown to me in black and white comes into play; why should I seek to find truth when there is nothing that I cannot explain. For it is God who has composed all things..it is God who stands in the void of the unexplainable..God is the only answer that I need.  As he has placed into the structure of all mankind the ability to feel that pull, he has also placed in our hands the means to sever it. His gift of freewill gives man the mental capacity needed to ignore his call or to make ourselves numb to his power.. if that is what we choose to do. When you have separated yourself from the very force that gave you life..from the very force that pulls you towards the truth, of course you will instead be pulled towards skepticism,doubt and confusion. That is where the pain that my soul is laid heavy with has come from. How can you describe a thing that cannot be compared to anything else to someone who has forgotten the thing that you are trying to explain. How can you describe light to a blind man?

I shared this with my friend tonight and it really sums up how I feel..

If you were a servant in a warm castle in dead of winter, and I a freezing traveler in the snow outside your doorstop, you might invite me in to warm myself by the fire in an inner room. But I, looking through your open doorway, would see no fire, but only the fireless outer room, and I would have to trust your promise that I could get warm ‘if I only stepped inside’, judging the legitimacy of that promise on the basis of characteristics about you–the fact that you were not dressed heavily for the cold, that your hands actually felt warm, that you SEEMED to radiate honesty, and that you could make descriptive statements about the fire. If I insisted that I would not take that first step into the castle until I could actually SEE the fire in the inner room, I would obviously have to stay in the cold…

Of course, if your hands were COLD instead of warm, you were shivering, and you were dressed in heaviest furs, I would suspect duplicity, and be wise to take my chances with the snow and wolves, than with a fellow human with dishonesty in his heart, leading me into who-knows-what treachery…

I feel a little like the servant in that story…I am very, very warmed by the Fire but am limited to sharing with you the warmth of my hands, my ‘non-verbal’ expressions, and the grossly insufficient language to describe such a robust thing as a fire… 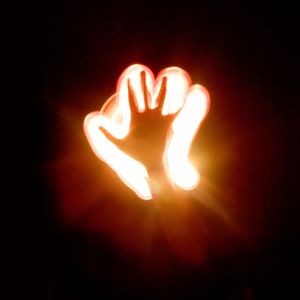 things that matter to me

Finding God Fluoride is bad for you God is Love homeschool stuff my take on proverbs my testimony my thoughts on true christianity on when God grew skin redemption spiritual warfare The bible is smart the praying parent thinking free To Train Up A Child Uncategorized vaccination what's wrong with this world!

I will speak for those who cannot. Abolish Human Abortion.

A crochet hook, some yarn and a little creativity. Dog hair optional.

speak for those who have no voice

KT and the Squid

Patterns and hand dyed yarns designed to spark the creativity and joy within you!

Exploring things crafty, crochet, and beyond

All about the dangers of vaccinations

Serving and Learning Together since 2013

A Site for Learning, Sharing and Support for Muslim Families

The facts about vaccine safety your government won't give you